The Chancellor hit Contractor Buy to Let properties in the Autumn Statement.

Contractors got off lightly in the Autumn Statement.

Chancellor Osborne didn’t carry out most of the threats he made, beforehand, or he at least watered them down.

However, contractors who have invested their money in property have not fared so well. The Chancellor is going to hit them next year.

Buy to Let purchases went up by 36.4% in September compared to August.

That’s despite the withdrawal of interest mortgage relief by the Chancellor.

Costs will go up a lot from April next year which is when the levy gets rolled out.

That’s four times what it was before and a hefty increase.

So, how much of a problem is this for Buy To Let contractors?

Freelancers have traditionally invested in the stock market and property to try to use their contractor earned money to try to make more money.

This is unlikely to change.

However, smart contractors will be making their Buy To Let purchases ahead of next April when the change comes in.

This will save them thousands of pounds in stamp duty.

As regards Mortgage Interest Relief, here is how does the change will impact on contractors.

At the moment, contractors only pay tax on their rental income after deducting their monthly interest payments and some allowable expenses.

Tax will then paid on the profit at the contractor’s highest marginal rate of income tax.

So, it looks like UK contractors, who are heavy investors in property, will be stampeding to buy new properties, using Buy to Let before next April.

The sooner they start the better as everyone know how long it can be from staring a property search to actually completing a deal.

There won’t be a better time for Contractor Buy to Let opportunities.

Contractors are much better using specialist contractor mortgage brokers when buying a property. They can get contractors better rates.

They can get them offers using their daily rate annualised rather than their Director’s salary which a hight street bank or building society would do.

Offers are all on production of your contract instead of the three years worth of accounts that the banks and building societies would ask for.

To find out more info from the specialist contractor mortgage  broker, or to apply, just click on Contractor Mortgage Application and fill in the form there.

Londoners are to receive a 40% Deposit Interest free from the Government. This is according to an announcement in the Autumn Statement for Chancellor George Osborne.

That was a major rabbit that he pulled out of his hat, completely out of the blue.

This is under the Help to Buy scheme.

The Help to Buy scheme has worked very well outside London but not very well in London.

The Government offered 20% deposits, interest free, to those wanting to get on the property ladder.

However, this was not much use in London where property prices have soared out of all recognition.

A nice flat in a decent area could cost you close to a million pounds.

So, offering them a 20% deposit wasn’t going to do the trick.

Indeed, even IT Contractors, who are pretty well paid, would struggle to buy a first home in London.

A contractor who earned £400 a day would be able to borrow close to half a million using specialist contractor mortgage brokers.

However, he, or she would be left scratching around, even at that, for a home in a decent area.

So, now contractors in London, who wish to purchase a new home, will qualify for this 40% deposit.

With this new initiative, or latest version fo the Help to Buy scheme, contractors would need to stump up jus a 5% deposit and the Government will stump up another 40%.

This will leave lenders just needing to stump up a further 55%.

Because the lenders are loaning just 55% it means that they are likely to loan money at lower rates than a lender asked to stump up 90% or 95%.

It’s expected that the Nationwide Building Society are going to want to have a piece of this action.

One specialist contractor mortgage brokers have a current deal with them to get contractors mortgages at great rates.

A high street building society, or bank, would ask contractor to produce three years worth of accounts to get a mortgage offer.

They would base that mortgage offer on a multiple of their Director’s salary.

That’s not much use.

This specialist contractor  mortgage broker has a deal with the Nationwide specially for them that provides mortgage offers to contractors just on production of their contract. 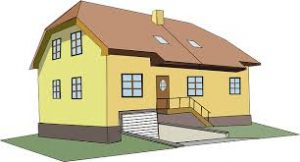 Mortgage Offer based on Daily Rate

Furthermore, they will base that mortgage offer on their daily rate annualised.

Therefore, it is expected that Nationwide will give a new deal to London contractors with a rate as low as 1.59% fixed for 2 years with a £999 arrangement fee.

For more details on this , or to apply, all you need to do is click on Contractor Mortgage Application and fill in the form there.

It’s OK securing a fixed low-interest mortgage, while you can still afford it,  before interest rates go up, but there is the fear, for contractors, that they may be buying at the peak of the boom.

After all, if there are fewer people able to afford to buy houses, because they are now more expensive to buy, then the economic laws of Supply and Demand kick in.

However, there are two mean reasons for believing that their fear is misplaced.

Firstly, statements from the Bank of England are now suggesting that interest rates will stay low for a lot longer than originally believed.

Indeed, the Bank had been saying that they expected to be looking closely at interest rate rises by the end of this year or in the first quarter of next year.

Now they are saying that interest rates are likely to stay on hold for much longer – maybe another 18 months.

This is because there has been a drag on the UK economy from problems in China and the Euro area.

By now, the economist were expecting the UK economy to be roaring along with inflation starting to bite.

However, the UK is predicted this year to have non-inflationary growth of around 2.6% and 2.5% next year.

It could be some time before we get inflation in the economy to a degree that causes the Bank to increase interest rates.

Also, a report out this week predicts that house prices in the UK will rise by an average of 20% over the next five years – and that would be even with expected interest rate rises.

Here’s the table of expected average house price rises by region of the UK.

It looks like even London, were house prices are already high, they will continue to rise in a non-inflationary environment.

If inflation stays low, as it seems to be doing at the moment, these could be real rises in house prices rather than just inflationary rises.

This has a knock on effect for specialist Contractor Mortgages

Specialist Contractor Mortgage Brokers can get contractors mortgages without having to produce three years’ worth of accounts or based on Director’s salary as would happen if contractors walked into a high street bank or building society.

They can get mortgages for contractors based on their daily rated annualised (based on 48 weeks a year) and on just the production of their contracts.

For more info, or to apply, just  click on Contractor Mortgage Application and fill in the form there.

It looks like cheaper contractor mortgages will be with us for some time now.

It was thought that Bank of England interest rates would soon be on the way up, pushing up the price of contractor mortgages.

The Governor of the Bank of England had hinted that they could be going up by early next year.

He had said that late this year, they would be monitoring the situation closely.

Interest rates on contractor mortgages had started to rise in anticipation of a rate rise coming within months.

So, the contract Mortgage market got a pleasant surprise when the Bank of England announced that the first increase was unlikely to come before May 2017.

That means that we could have low mortgages rates for 18 months or maybe even more.

Cheaper contractor mortgages could be here for a while.

The Bank of England had expected that inflation would be starting to rise by now.

However, inflation is keeping itself very low at around zero.

This is because problems in the world economy, and especially in the Euro area and China, are keeping the UK economy from roaring ahead.

Indeed the Bank decreased, slightly, their estimates for growth in the UK economy this year and next year.

Normally, at this stage in the cycle, the economy would be roaring ahead with 3% to 4% growth and with inflation starting to rear its head.

However, deflationary conditions in the world economy are keeping the UK to non-inflationary growth levels.

Indeed, the Bank said that inflation would only be 1% by the end of next year. This is hardly the runaway inflation that could cause interest rates to rise.

This is very good news for contractors and the specialised contractor mortgages market.

Mortgages for Contractors to Remain Cheap

According to one mortgage broker, it could mean contractors getting even cheaper rates than before with the first interest rate hike perhaps 18 months away.

Currently, contractor mortgage rates are about as low as they have ever been. Yet expect them to go even lower in the coming weeks as lenders adjust to the new scenario of low-interest rates for a longer period of time.

They will start to reverse the increases they had put on interest rates in anticipation of a base rate rise.

Cheaper contractor mortgages are on the way.

The advent of specialized mortgages for contractors, in recent years, mean that contractors can now get better offers than they used to get, at lower interest rates, and they don’t, now, have to produce three years worth of accounts.

They no longer get offers based on their Director’s salary.

That’s provided they use specialist contractor mortgage brokers rather than walk into high street banks or building societies.

Nowadays, contractors can get offers of 4 times their daily rate annualised – just on production of their contract. It’s taken that contractors work 48 weeks a year.

To take advantage of these lower rates, contact a specialist contractor mortgage broker for more info, by filling in the form below.

Please click on Contractor Mortgage Application and fill in the form there.